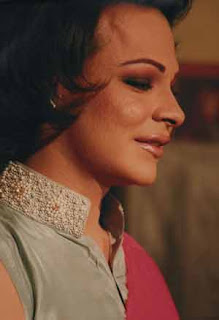 Well-known Pakistani TV actor Ali Saleem, better known as Begum Nawazish Ali, fails to understand why the Shiv Sena was targetting him and fellow Pakistani Veena Mallik for featuring in "Bigg Boss 4", but wants to settle the issue with party supremo Bal Thackeray over a cup of tea.

"I just fail to understand why Shiv Sena did what they did. It has come as a surprise to me because we (he and Veena Mallik) came here as guests. We were invited, and the least we expected was hospitality from the Indians," Ali, who was evicted from the Bigg Boss house in the episode aired Friday, told IANS.

The Shiv Sena earlier held protests at Lonavala, a hill station near Mumbai, where shooting for the reality show is on, demanding the removal of Ali and Mallik from the show on Colors channel.

"I really respect Bal Thackeray-ji, though I don't know what the reason is but I would really want him to invite me for a cup of tea and sort out the matter in a mature manner. I just want to let him know that I'm not a threat to India," he added.

Ali, a cross-dresser, says the Bigg Boss house was a platform to test his patience.

"I'm happy to be back in the real world. The experience in the house was par excellence. Nobody can imagine the life that one has to live, the show is shear reality and is an unpredictable platform for the contestants and also for the viewers.

"It's a hard life inside those four walls. I have never lived under such restricted circumstances. In my world, I have been a 'spoilt begum'. I have spent three very peaceful weeks in the house which has left pleasing memories but I feared that if I would have stayed a little longer I could have burst out because I was reaching my saturation point," said Ali, who has played the cross-dressing Begum Nawazish Ali on various Pakistani television channels.

So, who is playing dirty politics in the house?

"If I have to name, it will be Sameer Soni, Manoj Tiwari and Shweta Tiwari. These are the three contenders who are trying to dirty the atmosphere. However, their politics till now has not been harmful for any of the housemates," he said

Ali also revealed he is in awe of former dacoit and contestant Seema Parihar.

"I'm fond of her. Seema-ji is one of the honest and crystal clear characters on the show. She is upfront and is not at all 'dhongi' (pretentious). She is my first favourite in the house. And she also has a strong chance of winning the big race.

"To add to the list, the latest entry of 'The Great Khali' has been refreshing for the contestants. And I think he will have a strong hold on the audiences' mind," he said.

"Bigg Boss 4", being shot at a house in Lonavala, started Oct 3 with 13 contestants in a house without any communication with the outside world. The contestants are under constant camera surveillance. Ten contestants now remain on the show after three weeks.
Posted by Indiblogs at 4:21 PM