Bipasha basu wants to do action 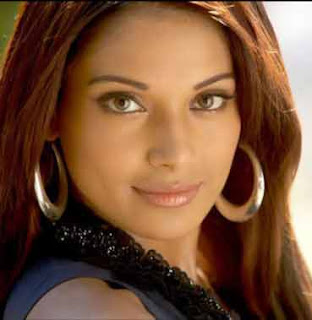 Bipasha Basu is itching to do action roles. While her latest film "Aakrosh" is about honour killings where she plays her most fragile character yet, the actress says in real life she is fit enough to beat her boyfriend John Abraham's energy levels.

"I want to do action. I think I am too fit at this point in time and that is a zone that I have not tapped fully and in India we don't have too many films where the woman gets to do action. Hopefully, somewhere I see that I will be able to realize something that I want very soon. So I'm just crossing my fingers," Bipasha told IANS in an interview.

The 31-year-old has one of the most well-toned bodies among Bollywood actresses.

"I feel girls should be (physically) strong, it's very important. I have a boyfriend who is very strong; so I should match at least 30 percent of his strength.

"Now my energy level is much more than him, I can beat his energy levels in 20 minutes," revealed Bipasha, who also released a fitness DVD "Bipasha Basu: Love Yourself" earlier this year.

Tagged as 'sexy' and 'glamour girl', Bipasha surprised everyone when she decided to do the issue-based film "Lamhaa" and flaunt a no make-up look. She is repeating the same in her new release "Aakrosh". Directed by Priyadarshan, it is about honour killings and also stars Ajay Devgn and Akshaye Khanna.

"In the film, I play Geeta who loves Ajay Devgn but is not allowed to marry him because he is from a lower caste. She is married off to Paresh Rawal. In the film, I lead a very sad life. This is by far the saddest role that I've ever done. I actually pity the life of women who go through this.

"My character in the film goes through marital abuse, she gets continuously beaten up and abused by her husband. She has no happiness left. She is not married to the man she loves. Basically she is more or less a dead person.

"That's why Geeta has no makeup, her saris are very normal. She doesn't even do her hair properly. She is by far the most vulnerable, weak, fragile role that I have ever played," she added.

Bipasha maintains she is not a method actor and leaves her character on the sets.

"I'm not a method actor, I don't even take it after the cut. I'm an instinctive actor because I learnt on the job. I never wanted to be an actor when I did my first film. so for me it is all instinctive.

"If you make me rehearse too much, I'll be like a robot, I'll be mechanical. So, I don't belong to the method school of acting and I don't understand it because to me they all sound mad."
Posted by Indiblogs at 5:08 PM