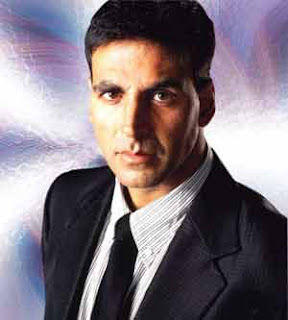 Bollywood actor Akshay Kumar will for the first time play himself in the Indo-Canadian film "Breakaway" -- the launchpad of his best friend Ajay Virmani's son Vinay.

Vinay, who co-scripted the film, hero-worships Akshay and wrote the role specially for him.

"Akshay and AJ (that's how Ajay Virmani likes to be known) go back a long way. In fact, AJ has a permanent room in his Toronto home for Akshay. Akshay has virtually seen Vinay grow up in front of him. The boy completely idolises Akshay to the extent that he imitates his mannerisms and watches all his films repeatedly," says a source close to the project.

When Vinay wrote the father-son story, he not only borrowed scenes from his own life, the boy insisted on creating a cameo for his idol.

Confirming the news, Anupam Kher, who plays Vinay's father in "Breakaway", says: "Akshay will appear as himself in the film. 'Breakaway' is an emotional father-son story. I accepted the film because I've a very powerful role as the father."

Anupam tried to grow a beard for the part. But finally gave up. "The facial growth was just not sufficient. So, Vinay will have to make do with a beardless father," he said.
Posted by Indiblogs at 2:48 PM