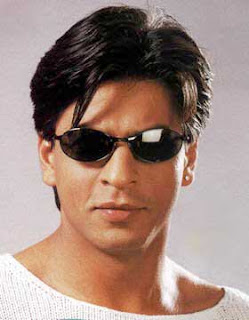 Bollywood superstar Shah Rukh Khan met the cast and crew of "Khichdi - The Movie" Friday, the day of the film's release, and apologised for not turning up earlier when they unveiled the film's poster outside his Bandra house Mannat.

He has promised that he will watch the comedy film, which is a big screen adaptation of the popular small screen show "Khichdi", said a statement from the film's production house.

"If I get late, I will call for a copy and watch it, after all ghar ki khichdi hai (afterall, it's within the family)," said Shah Rukh, who is an inspiration for the "Khichdi" team for making a successful transition from being a TV actor to one of India's most sought after superstars.

He has even urged the public to support the film.

"Please go out and watch this film if you feel like laughing with your family, I can assure you it will be a fun-filled evening," he added.

The actors -- Supriya Pathak, Anang Desai, Rajeev Mehta and Nimisha Vakharia -- too hope that the film is as successful as the series were and treads the same path as Shah Rukh, who created a niche for himself with serials like "Fauji" and "Circus" and went on to make it big in Bollywood.

"SRK taught us humility and that is why he is truly our inspiration, and we thank him for coming here personally and giving his best wishes to all of us. He told us - 'All the best, god bless'," said producer-actor J.D. Mathejia of Hats Off Productions.
Posted by Indiblogs at 11:20 AM