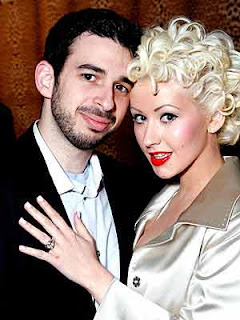 In the divorce papers filed at Los Angeles Superior Court, Aguilera has cited "irreconcilable differences" as the reason for the split. She has also asked for joint physical and legal custody of their son, Max, reports people.com.

Aguilera, 29, and Bratman, 33, married in California's Napa Valley in Nov 2005 after getting engaged in February the same year.

After announcing her separation, Aguilera said: "Although Jordan and I are separated, our commitment to our son Max remains as strong as ever."
Posted by Indiblogs at 3:01 PM