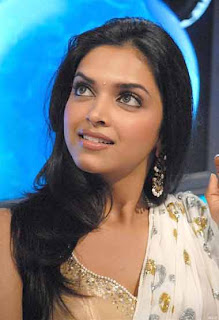 Deepika Padukone will be seen in two back-to-back films - as the free-spirited Aaliya in one and as the intense Kalpana in the other. The actress revealed that shifting roles was quite challenging for her.

"I did 'Break Ke Baad' and 'Khelein Hum Jee Jaan Sey' immediately one after the other. So I think it was very challenging for me in terms of my mind space to shift from the character in a romantic modern-day love story to the one in a period film," Deepika told IANS in an interview here at Turner Road.

"Break Ke Baad", also starring Imran Khan, has been directed by Danish Aslam and produced by Kunal Kohli. It is the love story of a young couple who break up and try to come back together and will hit the screens Nov 26.

"Khelein Hum Jee Jaan Sey", helmed by Ashutish Gowarikar, is a period film set in the Chittagong of British India. It revolves around a series of attacks that took place on a single night April 18, 1930, and its aftermath. The film, based on Manini Chatterjee's book, stars Abhishek Bachchan and Deepika in the lead. The film releases Dec 3.

While the characters of both the films are quite diverse on the face of it, the 24-year-old actress revealed the core characteristics were pretty similar and hence she relates to both of them.

"Even though one film is a period film and the other is a modern day relationship story, both the characters - Aaliya and Kalpana - are very strong, independent women. They are girls who have their own set of ideals, girls who want to be independent; so in that way I have identified with both characters," she said.

Deepika, who started her Bollywood stint in 2007 opposite Shah Rukh Khan in "Om Shanti Om", went on to do films like "Bachna Ae Haseeno", "Chandni Chowk To China" and "Love Aaj Kal".

This year she has already had three releases, including "Karthik Calling Karthik", "Housefull" and "Lafangey Parindey".

Asked about the apparent similarity between her character in "Break Ke Baad" and in "Love Aaj Kal", the actress said: "People feel that the films are similar, but that's probably because both the films are love stories. Just because the genre is the same doesn't mean that films are similar."

"In fact Meera's character from 'Love Aaj Kal' and Aliya's character in 'Break Ke Baad' are completely different. Meera was a more mature, understanding girl, who understood relationships, she liked the idea of being in love, whereas Aliya is a complete opposite.

"She believes that if you are in a relationship, it doesn't mean you have to get married. She doesn't believe that a couple have to live together and certain things like that. Her way of thinking about a relationship is very different. She is also very immature sometimes when it comes to relationships," she added.

Finally when asked about her experience of working with a debut director, the actress said: "Danish is a fantastic director; I think he is extremely talented and I'm not just saying this because I am working with him, but I think part of the reason for me to say yes to this film is because he came across as someone very confident, in spite of being a first time director."
Posted by Indiblogs at 3:25 PM