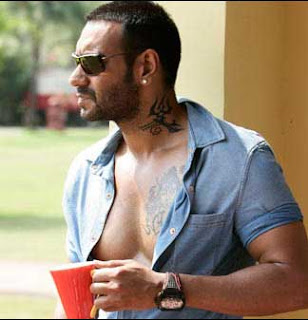 Bollywood actor Ajay Devgn's entry in "Golmaal: Fun Unlimited" and "Golmaal Returns" may have been grand, but director Rohit Shetty has got him to balance himself on two vintage cars driven on two wheels each for the upcoming "Golmaal 3".

Ajay will be seen standing on the edge of a bright pink and a yellow vintage car.

According to a source from the unit, the actor, who has done many stunts in the past, performed the act fearlessly.

In "Golmaal: Fun Unlimited", released in 2006, Ajay made his entry on a sports bike and in the 2008 "Golmaal Returns" he balanced himself on two Hummer cars.