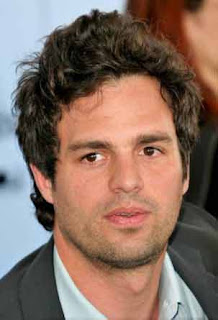 Hollywood actor Mark Ruffalo said he is thrilled to be playing 'The Incredible Hulk' in upcoming ensemble superhero movie "The Avengers".

The actor says it was always his fascination to play Bruce Banner and his alter ego 'The Incredible Hulk', reports celebrifi.com.

"I grew up loving the Hulk. He was by far my favourite comic book character, and I always used to watch the TV show, which was brilliant. You could see him struggling with the human aspect of what was happening," he said.

"I know some people don't associate me with these really big productions. I generally prefer the rough and tumble of smaller filmmaking but this was such an opportunity," he added.
Posted by Indiblogs at 4:19 PM