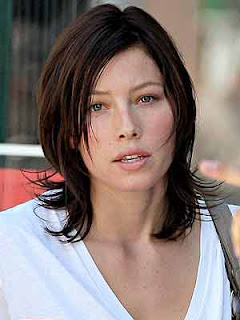 Hollywood actress Jessica Biel is in awe of the Oscar-winning actress Meryl Streep and hopes she can emulate a career like her.

"Meryl Streep can do 'Mamma Mia, 'Doubt' and then 'Julie and Julia' and nobody questions it. I would hope that for my future, that I can be challenged by different genres and characters, but at the same time I'll never look back and think, 'Oh I've made it now, you can relax', because I don't think successful women ever feel that way," contactmusic.com quoted her as saying.

The "Elizabethtown" star admits there are other actresses she admires for their versatility including 61-year-old Streep.

"There are lots of people I look up to, like Cate Blanchett and Kate Winslet as well as Meryl. Those are the women that can do anything," she said.
Posted by Indiblogs at 3:20 PM