'Jackass 3D' laughs all the way to top of box office 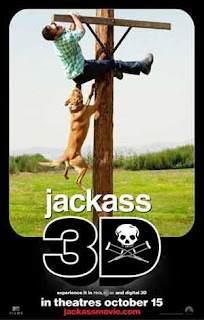 The newest film from Johnny Knoxville is the first of the franchise in 3D, and beat the openings of the previous films "Jackass: The Movie" and "Jackass Number Two". The franchise began as a television show filled with gags aimed at young men.

"Secretariat" and "Life as We Know It" rounded out the top five, earning $9.5 million and $9.2 million, respectively.
Posted by Indiblogs at 5:08 PM