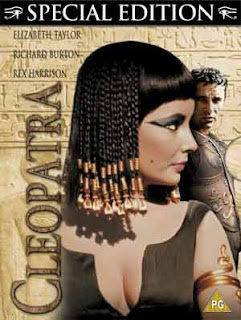 Filmmaker James Cameron will reportedly direct actress Angelina Jolie in a 3D movie based on the life of Cleopatra.

The "Avatar" director will helm the 3-D picture, produced by Scott Rudin and based on the book "Cleopatra: A Life" by Stacy Schiff.

Jolie has already confirmed her interest in the role but admitted she was waiting for a director.

"I think if we can get the story right and... a lot about her has not been covered. If we can do something original we will. But no director yet," she said.

Sony Pictures Entertainment co-chair Amy Pascal has revealed the company is anxious to make the movie after screenwriter Bran Helgeland wrote a "brilliant script deserving of epic treatment" all about "what the Romans took from Egypt", reports contactmusic.com.

"Titanic" director James is currently working on new movie "The Dive", and developing the "Avatar" sequel. The story of Cleopatra was last featured on screen in the 1963 movie starring Elizabeth Taylor as the Egyptian queen.
Posted by Indiblogs at 12:38 PM