Julianne Moore: It took five years to get financing 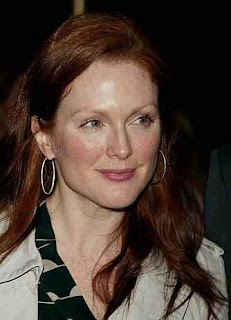 It's not easy to find funding for offbeat films - even if you are Julianne Moore. The Hollywood actress, who has always pushed the envelope, says it took five years to get a financier for "The Kids Are All Right", a family drama that sees her playing a lesbian.

"Because of the subject matter, because of the fact that it was about lesbian couples, it took five years to get financing for the film. It was quite a long journey," Moore told IANS at the Abu Dhabi Film Festival.

The actress is happy with the response to the film and had no apprehensions doing it.

"Lisa Cholodenko is a filmmaker I had admired for such a long time. I met her at a Women in Film luncheon - there were many filmmakers and actors and I approached her because I had loved her work so much.

"The movie has been very well received because it is incredibly entertaining and really funny - it's a depiction of a modern ordinary American family. Even if it's two women, it's a portrayal of a marriage. I thought it was an important film because it reflected there are many kinds of families and all of them are very valuable."

Moore, who will turn 50 Dec 3, feels roles don't dry for middle-aged actors - they have to scout for something interesting and challenging.

Asked what was on her wish list next, she told IANS: "I don't know. It's not really easy to wish for things, honestly. You have to look for them because you can think I would to do this, but if it doesn't' exist, you can't make it happen on their own.

"So basically you just read things that come to you. In the process of reading you kind of find what appeals to you. You never know where things will appear and from what kind of filmmaker or from what country, but they do," she said.

She is often described as courageous for doing films like "Far From Heaven", "Chloe" and "Boogie Nights", but the actress said: "You are courageous if you do something you are afraid of. I'm not afraid of acting, so I don't think so..."

Does she leave her film character on sets or take it home?

"It's not hard to drop the characters when you accomplish what you want to. If the scenes are shot the way you wanted to shoot and if you and your director are satisfied, then it makes it easy. The only time it is not easy to extricate yourself is when you feel you have not done what you wanted to do and then you go home and you are angry, sad and you think you want to shoot that again - then you feel wrapped up in the character and the situation," she said.

The actress is happily married to director Bart Freundlich and they have two children. She now indulges in projects that keep her close to them.

"My private life is basically very family- oriented. Now that my children are 8 and 12, it's very important that my work centres on New York city where they go to school. If I do go away, I try to do that summer time when they can travel with me."

Commenting upon the celebrity culture, she said, "It is a kind of relatively new phenomenon - something I didn't see when I was growing up. We live a pretty normal life. I don't feel like a celebrity in my ordinary life."

She collaborated with her husband in projects like "The Myth of Fingerprints" and "World Traveller" and describes her working relationship as "very easy, but what makes it complicated in terms of your private life is that both of you are working at the same time".

So what is the secret of her young looks? She does "yoga twice a week" and "eats well" to keep fit.

"The thing about age is that all you can do is be what you are. I'm lucky to be 50. Not everybody gets to be 50 and that's what we forget. There is tremendous amount of importance in culture placed on ageing, so honestly I feel you have to be in a place where you welcome every year you have, every experience you get."
Posted by Indiblogs at 6:42 PM