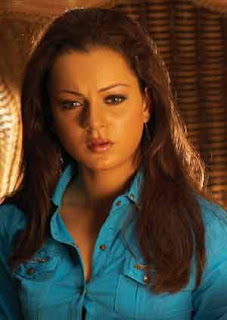 She started her Bollywood career at the age of 17, and over the period of four years, Bollywood actress Kangana Ranaut says, the industry has helped her realise the importance of being disciplined.

"I have definitely changed a lot. I mean from a reckless teenager, I have become a very very well organised and disciplined person," Kangana told IANS in an interview.

"Moreover, when you are working, and for the fact that young people like me who have started at 17, they cannot afford to be themselves. You have to really change with the time," she added.

The actress made her Bollywood debut with Mahesh Bhatt's "Gangster - A Love Story" in 2006, which won her critical acclaim. She was later seen playing a mentally unstable girl in Mahesh Bhatt's another movie "Woh Lamhe".

Her stupendous performance as a drug addict model in Madhur Bhandarkar's "Fashion" won her a national award. The actress was last seen in Hrithik Roshan-Barbara Mori starrer "Kites".

Although Kangana admits that her journey has so far been good, she says as an outsider she had to work really hard to make a place for herself in the industry.

"It is very difficult as an outsider as people don't support you, media also accepts those who come from a film background, it takes time, eventually you have to work very hard to sustain and if you are good at your work, you will succeed," said Kangana, who was present at Kingdom of Dreams to promote her new film "Knock Out", which also stars Sanjay Dutt and Irrfan Khan.

Asked if in any way the industry has changed her outlook towards things, she said: "I am nobody to be judgemental, what matters more to me is what is the industry's perception about me, what do they think of me."

In most of the films, Kangana was seen doing tragic and serious roles, but with a slew of light-hearted films like "No Problem", "Rascals", "Double Dhamaal" and "Tanu Weds Manu", the actress is set to change her so-called serious image.

"It was great working in a different genre. Although it is said that it is difficult to make people laugh, everything is tough. You have to really develop your skills, you are not born with dancing skills, comedy or serious acting, you have to make an effort to learn it," she said.

Kangana aspires to do characters that are completely different as well as challenging.

"I want to do a lot of different characters. They are not in my mind. I wish people come over to me with something challenging, something that is out of the box and not run-of-the-mill characters. I like this place (Bollywood). I want to be here," she said.

She might have played matured characters in her films but in real life, she is like any other normal girl, although she doesn't like to mingle a lot.

"In real life I am like any other girl, very, very chirpy, talkative for my family and friends but I don't mingle a lot," she said.
Posted by Indiblogs at 2:50 PM