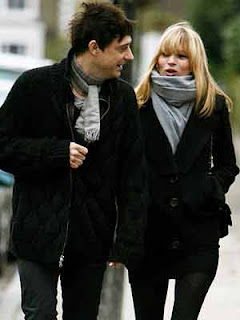 According to a source, the 36-year-old catwalk queen exchanged vows at a small church on the Mediterranean island of Sicily Aug 7, reports contactmusic.com.

"It was quiet but still very romantic. Kate has had a fairly turbulent love life but she's a romantic at heart. The plans were not revealed as Kate wanted the day to be low-key and purely a celebration of their love," said the source.

"She's never been one for convention or tradition but Jamie's been there for her through thick and thin, and she simply felt the time was right," a source said.

"They planned the day for weeks and were so excited. Kate didn't want a stuffy, formal do, but something spiritual. Minutes after tying the knot, the giggling newlyweds were outside the church, dancing under trees. Afterwards, locals from the village were milling about, joining in the festivities. It was an incredibly happy day," the source added.

The couple has been dating since 2007 and Hince was rumoured to have proposed to Moss on her birthday in January. They fuelled speculation that they were engaged when Moss was spotted wearing a diamond on her ring finger.
Posted by Indiblogs at 3:08 PM