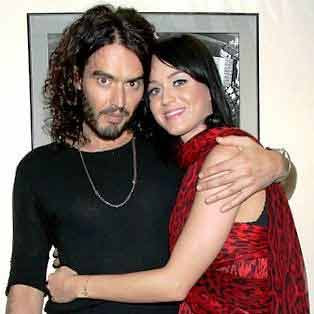 "The newly-weds have gone to Male by a chartered flight from Jaipur for their honeymoon," a source in the Aman-i-Khás resort in Ranthambore, where the couple was staying since Oct 20, told IANS.

The couple had booked Aman-i-Khás and other nearby hotels for their 85 guests.

A source in Jaipur airport said a chartered flight carrying Russell and Katy had taken off at around 3.15 p.m.

Russell and Katy had a Hindu ritualistic wedding Saturday amid chanting of Vedic mantras. They took seven rounds of a holy fire to tie their nuptial knots.

"They thoroughly enjoyed the wedding party and their stay here and have told us that they would love to return here," the source in the resort said.

"Except for a tiger trying to gate-crash the party, the wedding went off as per the plan," the source said.

"A tiger known as T24 gate-crashed the wedding venue with a prey around midnight on Oct 23 when the celebrations were on. The guards had a difficult time shooing it away," a security guard at the Aman-i-Khás resort said.
Posted by Indiblogs at 3:52 PM