Katy Perry, Russell Brand not to marry in Rambagh Palace 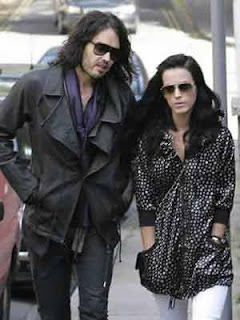 Rambagh Palace here is rumoured to be the royal venue for the celebrity wedding of Katy Perry and Russell Brand Oct 23. But hotel sources deny any bookings by the two so far - and even online reservations show empty rooms on that day!

"We are not sure from where this news emerged. We have vacant rooms for the day when everyone says this marriage will take place," said a source in the hotel run by the Taj Group.

"Moreover, we in Rambagh Palace do not host formal wedding parties, though there are a few exceptions," said the source.

Even the online reservation of Rambagh Palace as of now shows vacant rooms from Oct 22 to Oct 26 after which, for a couple of days, the hotel is supposed to be booked for a conference.

The international media has been abuzz with reports that American pop sensation Katy and British comedian Brand will wed in a week-long ceremony from Oct 23 at the same luxurious heritage hotel where they got engaged on New Year's Eve - Rambagh Palace. There has also been much talk of their going in for a Hindu wedding ceremony.

Brand is also reported to be planning a double honeymoon for his wife - first travelling to the island group of Mauritius and then jetting off with the "Teenage Dreams" hitmaker to the nearby Maldives. Incidentally, neither destination is far from India.

For nearly two centuries, the Rambagh Palace has been home to generations of royals. Built in 1835 on a modest scale for the queen's favourite handmaiden, Kesar Badaran, it was later refurbished as a royal guesthouse and hunting lodge. In 1925, Rambagh was converted into a palace, and became the residence of the Maharaja of Jaipur.

The palace remained the home of the Jaipur royal family until 1957, when it was first converted into a luxury hotel by Maharaja Sawai Man Singh II. But it wasn't until 1972 that Taj Hotels Resorts and Palaces took over the reins. It is now the 'jewel in the crown' among the authentic palaces of the Taj in India.
Posted by Indiblogs at 3:19 PM