Katy Perry, Russell Brand to get engaged at resort near Ranthambore 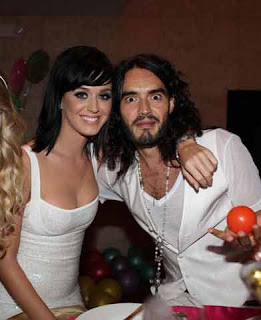 Celebrity couple Katy Perry and Russell Brand have checked in at a resort near the Ranthambore national park in Rajasthan for their engagement ceremony Wednesday, sources say, even as speculation is rife about their wedding venue.

"The celebrity couple are staying in Aman-i-Khas very close to the national park. They have booked all 10 tents in the resort and have also booked a few other tents in the nearby Oberoi Vanyavillas," a hotel source said, adding that the entry of outsiders into the resort had been banned.

If sources are to be believed, American pop singer Katy and British comedian Russel are going to hold an engagement ceremony Wednesday afternoon.

"They have asked for a Hindu priest for the ceremony as they want the engagement to be in true Indian style," the source said.

Aman-i-Khas is in Sawai Madhopur district, over 170 km from here.

"The couple have got bookings in Ranthambore till Oct 22 after which they are to go to Jaipur for a formal wedding," he added.

The couple also plans to enjoy a tiger safari ride inside Ranthambore national park. Ranthambore is known for its tigers and is one of the best places in India to spot these majestic predators in the jungle.

Though Hotel Rambagh Palace in Jaipur is reported to be the venue where the couple are supposed to tie the nuptial knot, so far the hotel authorities have denied that any booking for any wedding has been made by anyone. Moreover, the rooms at the hotel are vacant between Oct 22 and 26.

Aman-i-Khás is a wilderness camp for travellers wishing to experience the stark natural beauty and rural life of Rajasthan.

The property sits on a gentle slope on the fringes of Ranthambore National Park against a backdrop of hills. Native vegetation consisting of tall grasses, scrub and trees surround the camp and a watering hole is situated nearby.

The entrance to the camp is via a pathway that leads through high walls, opening onto breathtaking views of the rocky Aravalli hills that undulate through the national park.
Posted by Indiblogs at 7:07 PM