Lady Gaga and her Boyfriend engaged in commitment ceremony 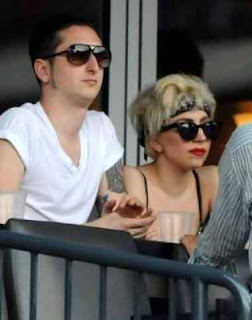 Pop star Lady Gaga and her boyfriend Luc Carl reportedly professed their love for one another in an intimate "spiritual" commitment ceremony last week.

"It was their first step towards marriage. They both dressed up and said beautiful handwritten vows. They then exchanged rings in a spiritual service and drank shots before sitting down to a lovely private dinner at a tiny restaurant," contactmusic.com quoted a source as saying.

"They wanted to show that they are committed to each other and want to spend the rest of their lives together. They are still planning to marry, but that will come later when she has the time to plan a big Italian-style wedding," the source said.

The eccentric singer, whose real name is Stefani Germanotta, is said to have realised the strength of her feelings for Luc following the recent death of her grandfather Joseph Germanotta.

"Since her beloved grandfather died last month, Luc has been her rock and she's also had a reminder of just how short life is. She says he's 'The One' and she doesn't want to lose him ever again," said the source.
Posted by Indiblogs at 5:56 PM