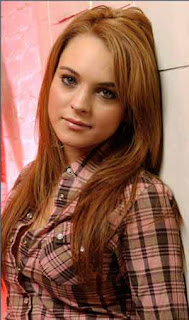 Contactmusic.com reports, he rejected the prosecution's suggested three-month jail term and ordered the actress to return to the Betty Ford clinic in Rancho Mirage, California to continue battling the drug demon until January.

In the probation department papers submitted to court Friday, the officer states: "The defendant says her clothing line is falling apart because she is not available to monitor the product."

However, Lohan's probation adviser insists rehab is the best option for the actress, claiming she "needs to continue to work on her issues in order to save her life".
Posted by Indiblogs at 3:27 PM