Lindsay Lohan's dad to visit her in rehab 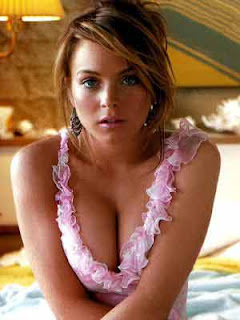 Troubled actress Lindsay Lohan is reportedly planning to allow her father Michael to visit her in rehab because she is sick of his repeated public requests to meet her.

"It's gotten to the point where Lindsay told Dina, 'Mommy, maybe I should just let him see me because then he'll go away and he'll stop," femalefirst.co.uk quoted a source as saying.

"Dina knows she needs to slowly build a truce because it's all got to stop. But they've given him so many chances."

According to earlier reports, Michael was planning to get drunk so that he could check himself into the rehab clinic to meet with his daughter.

Lindsay, currently undergoing treatment for drug abuse at the Betty Ford Clinic in California, was told by the court that she must stay in rehab until Jan 3.
Posted by Indiblogs at 3:17 PM