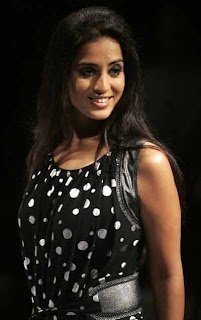 The much talked-about item song in Mani Shankar's "Knock Out" has been knocked out of the film just days before the movie's release.

Touted as the next "Munni badnaam" in the charts, the number was shot recently by the film's producers and apparently without the director's consent. On hearing about the embellishment, director Mani Shankar was horrified.

Says a source: "Mani immediately got in touch with his producer Sohail Makhlai asking why the material was added to the film without his consent. Sohail tried to explain to him that it was to enhance the massy element. Mani had no choice but to allow the song to be shot. But when he incorporated it into the film he immediately felt it was not working. He removed the song just days before the prints went out."

Apparently the producers decided to do all the promotional footage on their own without the director's active participation. Says the source: "Mani was opposed to cutting the promos highlighting shots that resembled 'Phone Booth'. If the producers had listened to him the trouble with '20th Century Fox' over plagiarism allegations could've been avoided since 'Knock Out' has nothing to do with 'Phone Booth'."

This time Mani Shankar stood his ground. He would not allow the item song into his narrative specially since he apparently found the the movements given to Mahie Gill to be vulgar.

When contacted, Mani admitted he opposed the inclusion of the song and removed it from his film. "My film is a political thriller that moves in real time. A break for an item song was just not needed. We removed Mahie Gill's number after shooting it. As for whether I approved of her movements, that question has no relevance since the number is no longer in my film."

Mahie appears surprised to know that her number has been knocked out of "Knock Out".

Trying to hide her disappointment, the actress says: "Nobody has informed me! Has my number really been edited out? Maybe after shooting it they realised it didn't gel with the narrative. I had fun shooting the number with Ganesh Acharya. Now I've shot an item song for Vinay Shukla's 'Mirchi' with the legendary choreographer Saroj Khan."

Hopefully Mahie's item number in "Mirchi" would suffer a better fate.
Posted by Indiblogs at 12:29 PM