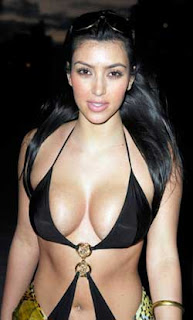 Singer Peter Andre has dismissed rumours that he is dating Kim Kardashian, although he finds her sexy.

"Rumours keep surfacing about my so-called 'relationship' with Kim Kardashian but I've never even met the girl! At least when we do meet, we'll have something to talk about, though. She's not a bad person to be linked to, given how sexy she is!" contactmusic.com quoted him as saying.

The "Unconditional" hitmaker - who raises three children, Harvey, eight, Junior, five, and three-year-old Princess Tiaamii, with ex-wife Katie Price - admitted, despite being up against Price at the upcoming National Television Awards, he is thrilled to be nominated.

"The press have made a big deal of the fact that both mine and Kate's reality shows have been nominated for a National Television Award, and they are making out that there's huge competition between us," he said.

"I can only speak for myself, but I'm honestly just so happy to be nominated that winning isn't important. I've never been nominated before and that's like a prize in itself," he added.
Posted by Indiblogs at 1:09 PM