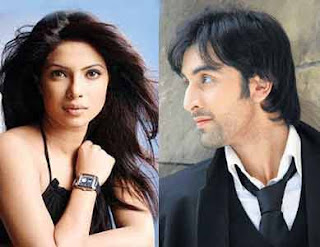 Box office collections notwithstanding, "Anjaana Anjaani" is certainly on a roll. The two suicidal protagonists in the rom-com who meet when they are on the verge of suicide are about to take a plunge in another direction.

The protagonists played by Ranbir Kapoor and Priyanka Chopra will now feature in a series of comic books describing the adventures of their characters Akash and Kiera.

Producer Sajid Nadiadwala has spoken to a leading publishing house which enthusiastically agreed to the idea. The first graphics have already been prepared and if all goes well the inaugural comic based on Ranbir and Priyanka's characters in "Anjaana Anjaani" will hit the stands for Diwali.

That's right. Kiera (Priyanka Chopra) and Akash (Ranbir Kapoor), the losers in love and business, respectively, are now being relocated from the screen into print and on the internet as comic book characters.

Says producer Sajid Nadiadwala: "A lot of us involved with this film felt the Priyanka and Ranbir characters will translate well into comic books. We are in negotiation. But I can't really talk about the project until all the deals are done. In fact, I'd request you to not write about this until everything is final. We don't want the idea to be stolen."

However, one of the actors from the film spilled the beans adding that if the comic books succeed, Nadiadwala also has plans of doing a cartoon version of the "Anjaana Anjaani" characters for satellite television and internet entitled "The Mad Mad Adventures Of Kiera and Akash".
Posted by Indiblogs at 3:51 PM