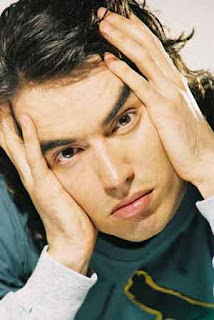 British comedian Russell Brand insists that his wedding to fiancee singer Katy Perry will be a normal affair.

"We just love each other and we want to get married in front of our friends and family and keep it very normal," usmagazine.com quoted Brand as saying.

Insiders have revealed that their marriage will be culminating in a traditional Indian ceremony in Rambagh Palace in Rajasthan Oct 23. It is the same place where he proposed the "Teenage Dreams" singer.

Guests (including Rihanna) will be flown out via private jet and will sleep in "pimped out" tents. They are planning seven-day wedding celebrations.

However, Brand is mum on any details, "I'm trying to preserve it, to keep it a beautiful thing. I think people get the wrong idea on how we want the wedding to play out. Love between two people is the most spectacular yet ordinary thing in the world."
Posted by Indiblogs at 3:16 PM