Sakshi Pradhan out of 'Bigg Boss 4' 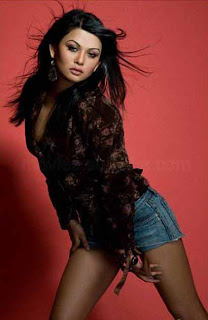 Sakshi Pradhan's cranky nature didn't go down too well with either the inmates of "Bigg Boss 4" or the Indian TV audiences. She has been evicted within just two weeks of being on the show.

The former MTV "Splitsvilla" contestant was nominated by last week's captain of the house, Pakistani TV actor Ali Saleem, whose TV persona Begum Nawazish Ali is popular both in Pakistan and India.

Others who were nominated for eviction with Sakshi were Sameer Soni and former dacoit Seema Parihar, but she received minimum votes to save her from eviction.

Sakshi was extremely friendly with the girls in the house, especially with Pakistani actress Veena Malik, but had her share of tiffs and ego hassles with male contestants. However, she did not willingly do the house chores.

Sakshi shed tears before leaving the house on the episode aired Friday.

Sakshi entered the house with 13 other celebrities. The show, hosted by Bollywood star Salman Khan, requires contestants to be locked inside a house without any communication with the outside world.
Posted by Indiblogs at 8:12 AM