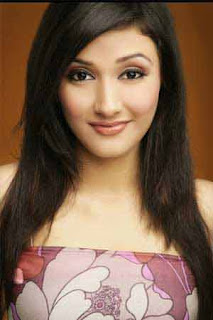 Television actress Ragini Khanna, popularly known as Suhana of "Sasural Genda Phool", reveals that her mother is her biggest critic when it comes to acting.

"My mother is my biggest critic. She is always unsatisfied with my performance. She criticises and I try to improve myself everytime," Ragini told IANS on phone from Mumbai.

Ragini is the niece of Bollywood actor Govinda. She started her career on small screen with "Radha Ki Betiyaan Kuch Kar Dikhaengi" and later went on to do "Bhaskar Bharti", which told the story of a man who turns into a woman as a result of being cursed by one of his love interests. She is currently doing "Sasural Genda Phool" aired on Star Plus.

The 24-year-old has been chosen as the judge of Kurkure's "Spending Time with Family" campaign along with actress Juhi Chawla and comedian Jaspal Bhatti. In the contest, people have been asked to give the wackiest idea of spending time with family. The winner will be awarded a trip to Disneyland in Hong Kong and a house worth Rs.1 crore.

The actress says she is happy with the way her career is shaping up.

"I feel blessed that in a short span I have got an opportunity to do different tag. I have always tried to ensure that I succeed as a performer and give full value to the money."

So does she take advice from her uncle Govinda for her career?

"No, I don't take any advice. You get to learn many things yourself when you are working with so many people in the industry," she said.

Ragini reveals that whenever she gets free time, she likes to spend it with her family.

"I get very less free time due to hectic shooting schedules. But whenever I am free I like to spend that time with my family. It also helps me beat the stress."

Ragini has also signed a film. "Yes. I have signed a film which will release in January next year. But I am not allowed to talk about it," she said.
Posted by Indiblogs at 4:22 PM