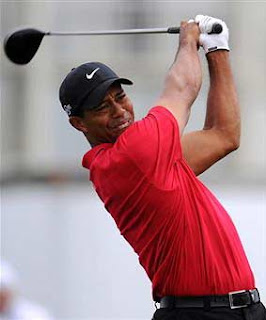 "We are flying to Los Angeles today to meet with Vivid about selling the tape," said James. "If they won't get involved, we will self-release it. It's going to be the bomb," she added.

This announcement threatens to cast a shadow over the 34-year-old's appearance at the Ryder Cup.

Though a lot of people are doubtful whether James story or whether the tape, which she claims was made in 2008, actually exists at all.

Woods has been involved in a blistering sex scandal and it broke his marriage with Swedish model Elin Nordegren. They got divorced in August.
Posted by Indiblogs at 11:36 AM