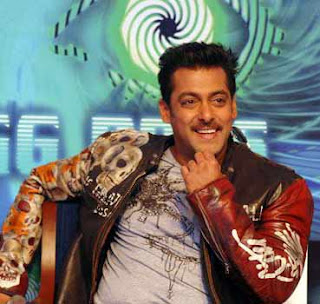 Devinder Singh alias Superchor Bunty has been asked to leave reality show "Bigg Boss 4" following unruly behaviour in the house on the first day itself.

Bunty entered the "Bigg Boss" house in Lonavala with 13 other contestants Saturday night and was asked to leave the show Sunday night.

"Bunty kept breaking all the rules and he kept sleeping throughout the day which is not allowed in the house. He even covered the cameras with socks and used abusive language against the 'Bigg Boss'. So he was asked to leave," a source from Colors told IANS.

In fact, before leaving the house, he even tampered with the microphones, the source added.

During his stay, Bunty received the maximum number of votes when the "Bigg Boss" asked the contestants to nominate any one person. While the inmates thought the nomination was for eviction, Bunty was actually made the captain of the house.

However Bunty, who got the sobriquet of "superchor" for his compulsive and audacious thefts, kept flouting all the rules of the show.

"Bigg Boss" requires the contestants to survive in a house for three months without communicating with the outside world, and being under constant camera surveillance.

The launch episode of the show was aired Sunday night.
Posted by Indiblogs at 12:57 PM