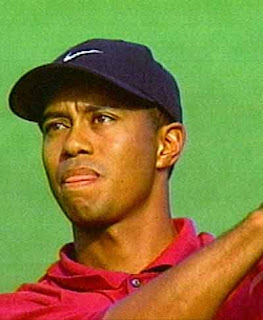 James told the celebrity web site RadarOnline.com that he doesn't think a last minute bid by the disgraced golfer's lawyers will stop the alleged sex tape with his wife becoming available Friday.

He said they are moving forward with the release "no matter what."

James said, "I was told there was a bid by his lawyers to buy the tape but so far no deal has been struck and I don't think it will be either."

While there is no proof that the tape actually exists, the couple has unveiled a website promising viewers a glimpse at "Tiger Woods' former girl playing all the holes," according to the report.

Pre-orders for the 62-minute tape are supposed to start Friday through the website www.tigertapexxx.com, according to Devon who claims that she sold the tape to a DVD production company for $350,000 plus royalties.

"I think that it will be available for pre-order no matter what now - right now that is definitely still on," her producer- husband was quoted as saying.

But many, including Devon's own mother Sandra Brinling, doubt whether the tape even exists, although it has previously been alleged that naked photos and a phone sex tape exist from Tiger's cheating spree, according to the website.

However, both Devon and Nick insist that the tape exists and that it will shortly be available to the public.
Posted by Indiblogs at 3:39 PM