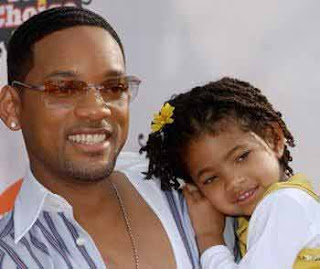 Hollywood actor Will Smith's daughter Willow says her new song is supposed to tell people not to be afraid of themselves.

"'Whip My Hair' means don't be afraid to be yourself, and don't let anybody tell you that that's wrong. Because the best thing is you," contactmusic.com quoted her as saying.

Willow, who is also an aspiring actress and starred with her father in "I Am Legend", revealed that the idea for the Warriorettes, the gang she dances with in the video for "Whip My Hair", was mother Jada Pinkett Smith's idea.

Email ThisBlogThis!Share to TwitterShare to FacebookShare to Pinterest
Labels: Hollywood, Will Smith