Aamir Khan fears that masses may not like 'Dhobi Ghat' 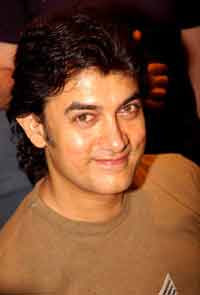 Superstar Aamir Khan says his forthcoming film "Dhobi Ghat", which is his wife Kiran Rao's directorial debut, may not be liked by the masses.

"I fear that masses may not like 'Dhobi Ghat' because it is a very fine and delicate film. People who understand film, people who are sensitive - this film is for them. This is not a mainstream film," said Aamir.

"Dhobi Ghat" tells the tale of how people from different classes drawn together in compelling relationships. Shai (Monica Dogra), an affluent investment banker on a sabbatical, strikes up an unusual friendship with young laundry boy Munna (Prateik Babbar), and has a brief dalliance with painter Arun (Aamir Khan).

As they slip away from familiar moorings and come closer, the city finds its way into the crevices of their inner worlds.

Though he is apprehensive about people's reaction, Aamir says "Dhobi Ghat" is the best offering from his production house.

"I think this is the best film of my production house. I am really happy and excited about this film," he said.