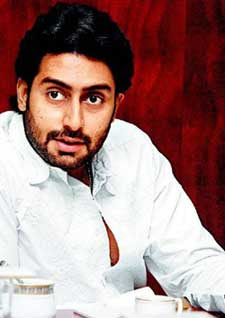 The release date of Abhishek Bachchan-starrer "Dum Maaro Dum" has been shifted to April 22 from Feb 4, as producers Fox Star Studios and Ramesh Sippy wish to cash in on the Easter weekend.

"We are in the midst of researching for the film amongst various target groups and are excited with the response that we are getting. It has a great script, it's vibrant and contemporary, and we expect the film to appeal to the multiplex and single screen audiences," Vijay Singh, chief executive officer of Fox Star Studios, said in a press statement.

"Since Easter is a big holiday weekend, it will provide a great release window in India and across international markets," the statement added.

"The film has shaped up very well and the audiences should get ready to enjoy a gripping, moving film with great visual appeal. The colours, feel and sounds of Goa are further complemented by music composed by Pritam and lyrics by Jaideep Sahni," said producer Ramesh Sippy.
Posted by Indiblogs at 8:58 AM