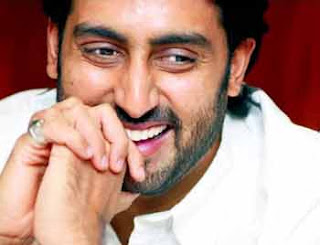 Bollywood actor Abhishek Bachchan will be present along with Chief Minister Prem Kumar Dhumal at the unveiling ceremony of a 108-foot-high idol of Hindu god Hanuman in this Himachal Pradesh town Thursday, an official said Wednesday.

"Abhishek is coming on a private visit and will fly-in on a chartered flight Thursday morning," Deputy Commissioner J.S. Rana told IANS.

Regarding Abhishek's stay in the town, Rana said: "The administration has no information as he is coming on the invitation of the company."

However, according to Oral care products manufacturer JHS Svendgaard Laboratories Ltd, who set up the statue on the premises of the historical Jakhu Temple dedicated to Lord Hanuman, Abhishek will unveil the statue.

The temple is located at Mount Jakhu -- the highest peak in the town located at an altitude of 8,500 feet.

Superintendent of Police Sonal M. Agnihotri said special security arrangements have been made in the town in view of Abhishek's visit.

The reinforced concrete Hanuman idol has been built at a cost of Rs.1.5 crore, a company official said.

But the locals -- keen to maintain the greenery of the place -- feel that such constructions should not be allowed.

"The silvery moon lighting up the lush green mountains at night is a sight to behold. Anything that cannot gel with the surroundings should be avoided," octogenarian Manmohan Malik said.

"The government shouldn't allow any sort of construction in the green zones of the town," he added.

As per Hindu belief based on the epic Ramayan, Hanuman had stopped over at the Jakhu Temple for a few moments when he was on his way to fetch the Sanjeevani herb to revive Laxman, brother of Lord Ram.
Posted by Indiblogs at 3:44 PM