Aditya Chopra not to direct 'Dhoom 3' 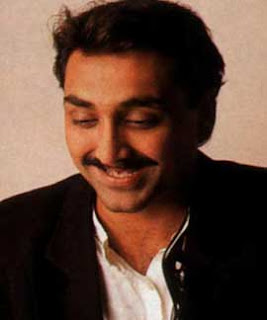 Dismissing reports that Aditya Chopra will direct "Dhoom 3", a representative from Yash Raj Films said that the news is "utterly astonishing and nonsensical".

"The least one expects is that news to be checked with us before going to print, it is utterly astonishing and nonsensical that despite a clear SMS, as well as a personal phone call, denying that the story was untrue, an irresponsible journalist still chose to carry a fabricated concoction in this morning's (Friday) Mumbai Mirror titled - Aditya Chopra to direct Dhoom 3' and that Shah Rukh Khan is playing a pivotal role in the movie."

"And that too by choosing to start the article by saying 'It's official now!' One can only presume that it's for the sake of occupying newsprint space," Rafiq Gangjee, vice president of marketing & communications at YRF, said in a press statement.

"It is really sad that we have to comment on articles like this time after time. But we do so only to request all responsible media friends to refrain from giving any credibility to this story and not carrying it further," said.

"Dhoom" series from the Yash Raj banner has been a big hit. The original, which was directed by Sanjay Gadhvi and featured Abhishek Bachchan, Uday Chopra, John Abraham, hit the screens in 2004.

Two years later came the second instalment of the film. Gadhvi once again wielded the megaphone for "Dhoom 2" and Hrithik Roshan, Abhishek, Aishwarya Rai, Bipasha Basu and Uday starrer hit the jackpot at the box office.
Posted by Indiblogs at 3:27 PM