Aishwarya Rai has a desire to work again with Rituparno Ghosh 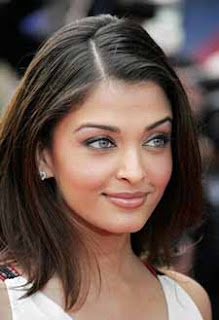 "I loved working with Rituda. It was a wonderful experience. I loved being Binodini in his ‘Chokher Bali'. Even working with him in ‘Raincoat' was a brilliant experience. I am looking forward to experiencing it again. So far my schedules have not permitted," Aishwarya told reporters while addressing a promotional of ‘Guzaarish' here Sunday.

"Raincoat" was a story of two lovers Neeru, played by Aishwarya, and Manu, played by Ajay Devgan, who were separated by fate. The film won the National Film Award for best feature film in Hindi in 2005.

"Rituda is also a very dear friend. He has discussed a lot of subjects with me. Recently we met at the national awards ceremony. He was asking me when we can work together again. I told him 'you tell me, Rituda'," she said.

"I was very busy for the last two years. I am looking forward to working with him. So let's see what lies in store," Aishwarya said.
Posted by Indiblogs at 3:29 PM