Aishwarya Rai to play a different role in 'Guzaarish' 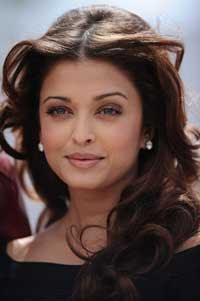 Bollywood actress Aishwarya Rai feels that audiences will get to see her in a new light in her upcoming movie 'Guzaarish'.

"Audiences will find a new Aishwarya in 'Guzzarish'... It's a different role I have played altogether in this movie. And it's really a special role for me," Aishwarya told reporters while addressing a promotional for the soon-to-be-released film, the latest from the Sanjay Leela Bhansali stable.

It would be Aishwarya's third film directed by Bhansali after "Hum Dil De Chuke Sanam" and "Devdas".

"My character in this film is a departure from Nandini ('Hum Dil De Chuke Sanam') and Paro (Devdas)," she said.

In "Guzaarish", Hrithik Roshan plays a magician who becomes quadriplegic when a trick goes wrong. The film that will see Aishwarya Rai as a nurse is slated for a Nov 19 release.

"In this film I am playing the character of a nurse, Sophie and Hrithik plays the character Ethan. It's my third film with Hrithik as well. Ethan is a quadriplegia patient in this film and I am his care giver," said the 36-year-old former Miss World.

Aishwarya had earlier paired with Hrithik in "Dhoom 2" and "Jodhaa-Akbar" and both films did quite well at the box office.

"You will discover me as a nurse with a very serious personality. This serious personality is because of a past story of mine in the film. You will see how a nurse also lives a life of a quadriplegic in this film. That makes the character special for me. This is all I will say right now," she said.

With two flops and a blockbuster hit "Robot" this year, the Bachchan bahu is keeping her fingers crossed for "Guzaarish".

Aishwariya's character is an elegant nurse who has been accompanying Ethan like a shadow for the past 12 years. Ethan's life centers on her and they share a silent tacit love which is both beautiful and spirited.

The scenario takes an unexpected turn when Ethan decides to take matters in his own hands and files an appeal in the court for mercy killing. This leaves Sophie in an impasse that challenges their relationship and their love.
Posted by Indiblogs at 3:39 PM