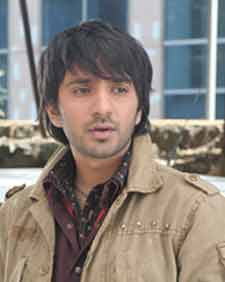 Two days after his marriage with Sara Khan on reality show "Bigg Boss 4", television actor Ali Merchant is set to exit from the show Friday.

"Ali was a guest on the show and will be making an exit today (Friday) with the other eliminated participant," said a source from Colors, the channel on which the show is aired.

Ashmit Patel, Dolly Bindra and Anchal Kumar are nominated this week for eviction. Ali will leave the house with one of them.

The actor entered the show last week as a guest after he could not cope with the closeness between Sara and Ashmit on the show. Within a day of his stay, he proposed to his girlfriend of three years.

Sara agreed and the ceremony was solemnised Nov 10 inside the "Bigg Boss" house.
Posted by Indiblogs at 3:51 PM