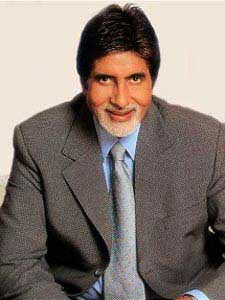 Bollywood megastar Amitabh Bachchan is all praise for Rahat Taslim from Jharkhand who became the first woman to win Rs.1 crore on his gameshow "Kaun Banega Crorepati".

"Rahat Taslim, a small town housewife from Giriddih, Jharkhand as you all may have known by now, won the one crore at KBC," Amitabh posted on his blog bigb.bigadda.com.

"A simple woman, a Muslim from an unknown village, still under the social and conservative norms of the 'purdah', came out from her house stitching activities that earned her 2000-3000 rupees in order to run the house and made a crore of rupees," he added.

Taslim, 37, who is the first contestant of the fourth season of Kaun Banega Crorepati to win Rs.1 crore, had spent most of her life facing endless hardships.

While she sews clothes, her husband works with the Mica Trading Corp of India on a salary of Rs.6,000.

"She never in her life had opened even a bank account, because of their meagre earnings, had never seen the lakhs that came to her in the form of the zero's on her cheque and had never ever imagined that she would get to the hot seat at KBC," Amitabh wrote.

"But she did. Her husband was away working in Cochin in Kerala and she took the initiative to apply first to KBC," he added.

Praising her knowledge, Amitabh wrote: "She played like a master, knew most of the answers till she reached the 50 lakh mark and then cracked the million dollar question."

The actor wrote that never once did the contestant flinch or express any fear of what she was getting into and was confident from the word go.

"Well done Rahat, you have become a part of a very important and historic moment not just for the game of KBC, but for the country as well. More, country," he added.
Posted by Indiblogs at 4:41 PM