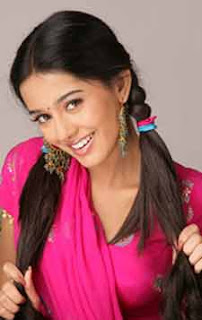 Bollywood actress Amrita Rao walked the ramp in a red bridal outfit as the showstopper for designer Archana Kochhar's show at the Aamby Valley India Bridal Week (AVIBW), which was dedicated to NGO Nanhi Kali that works for the girl child.

"Today the collection was dedicated to Nanhi Kali. It is a charity that looks into the issues of a girl child. So when we are doing a show for brides, I thought that they all emerged from 'nanhi kalis' and its very important to create awareness about them so we did this show in association with this NGO," Archana told IANS.

The collection, which was an amalgamation of three lines, saw Amrita walking down the ramp wearing a heavy, red lehenga coupled with a long red sheer coat.

Asked why she roped in Amrita, the designer said: "It was a pleasure having Amrita as the showstopper. She is a very dear friend and I love having her as my showstopper. I love the way she carries her clothes and also the aura."

The actress too was excited to walk the ramp dressed as a bride.

"Being an actress I'm not professionally qualified to walk on the ramp but I have always enjoyed this experience. Though you are nervous as a turkey backstage, I think it's the sheer idea of entering into another territory that excites me," said Amrita.

The actress added that she was happy that the show was in association with an NGO for the girl child.

"When we do something for entertainment but is also done for a good cause, then one feels very good. I'm really happy to be part of this," she added.

The collection was called 'gulal', 'genda' and 'gehna', which are all part of a wedding in India.

The first segment of the show displayed garments in the colours of 'gulal' - red and pink. The second segment was inspired by 'genda' (marigold) and hence yellow and orange as colours were used. Then the final section was 'gehna' (ornaments) so the whole line was gold in colour and was embellished by red and green resembling rubies and emeralds.
Posted by Indiblogs at 3:20 PM