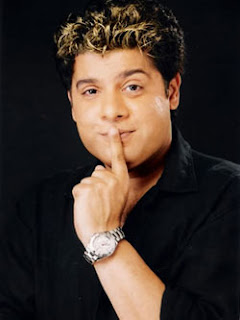 From suggestions to ban such TV shows completely to wondering how much of adult content can be curbed, television and film celebrities say ultimately the decision whether to watch reality shows like "Bigg Boss" and "Rakhi Ka Insaaf", which the government wants shifted to the late night slot, should lie with the people.

Amit Khanna, veteran Media Expert & Chairman Reliance Entertainment: About three years ago the government had set up a committee to examine the question of censorship on television. No solutions were found. Because there are no readymade solutions to the question of regulating a moral code for the home medium. With internet making every possible channel accessible to everyone how can we stop any section of people from watching what they want to? This is where the question of self-censorship comes in. Every channel has an ombudsman who decides what should or should not go. Evidently this method of monitoring material is not working.

Shekhar Suman: I don't see any point in curbing these shows when the viewers are seeing and enjoying them. What can be done is to ban these shows completely. Because they are highly offensive. There's nothing that kids watch at 9 p.m. that they can't watch at 11 p.m. And then there's that other monster, the internet!"

Purab Kohli: My problem is not so much the adult content. It's the crass way the content is showcased. Adult content can be monitored, not curbed.

Payal Rohatgi: I can only comment on "Bigg Boss" as I was a participant on it and have observed the show closely. An adult programme contains nudity, violence including physical fights. There's none of this in "Bigg Boss". Even the abusive language is beeped out. So I don't think it qualifies as adult content. If the I &B Ministry says it is adult content then a lot of the news channels would also come under scrutiny. We regularly see bloodshed, violence and sex on news channels.

Kavita Barjatya, TV producer, Sooraj Barjatya's sister: Some of the content is a little unsuitable for family viewing. So I agree with the decision to change the slot. I'd personally not make a show as controversial as these. But then nowadays even newspapers have 'adult' content. How much can be curbed?

Shristi Behl: I understand the reason for the time shift. But I don't think that's the way to go about it. At the end of the day the only effective censorship is the one at home. Those who don't want to watch won't at 9 p.m. Those who want to watch will even at 11 p.m.

Sonu Sood: It's definitely not advisable for children to watch these shows. Pushing forward their timings is a wise thing to do. The TRPs war is pushing the channels to cross the boundaries of decorum at primetime.

Siddharth Malhotra, film & TV director: It shouldn't be curbed as there is an audience for such shows. But yes, nowadays to get the TRPs the content drivers stoop really low. A line needs to be drawn about what goes on television. I am not against adult content. If that's what needs to be shown then the late-night slot makes sense.

Simi Garewal: It takes one insensitive person to cross the boundary of decency. Here two of them did it, Rakhi Sawant and Dolly Bindra. In Europe all adult fare goes on air after 11 p.m. No harm in that. But if people are going to use abusive language freely we can't expect families and children to watch. It's up to the individual channels to decide what is more important.

Prasoon Joshi: In the absence of a self-regulating media body and the fact that we live in a country where the majority of the homes have a single TV, programmes with provocative content should have primetime slots.

Vishal Dadlani: People get the entertainment they deserve. We are voyeurs by nature, so the below-zero-intellect crap is dished out to us. I don't believe in censorship. But I do believe the channels should voluntarily regulate the timings for such shows.

Sajid Khan: I don't think these shows should be curbed. It's the viewers' choice what they want to see. Every TV set comes with a remote control.

Chetan Hansraj, TV actor: It's people's mindsets that need to be changed. I feel all content is ok. People have the remote in their hands to avoid what they don't like.

Anuradha Prasad, TV producer and owner of channel E24: Curbing is not the solution. At the same time we can't afford to brush aside the larger picture and the ground realities.

Pooja Bedi: I don't think what's shown in "Bigg Boss" exceeds what we see in advertisements and in films. There have to be clear definitions of what constitutes adult content and those definitions should apply across all media.

Shailendra Singh, CEO, Percept: The content on "Bigg Boss" and "Rakhi Ka Insaaf" is shocking and very disturbing for family audiences. I am dismayed by the standards we are setting for our coming generations. We need to redefine the boundaries of decency on the home medium.

Ranvijay, veejay-reality show anchor-actor: I think the decision taken by the authorities must be respected. But people who watch these shows will do so irrespective of the timing.

Prem Kishen, veteran television producer: 11 p.m. slot is apt for adult content. But is there a barometer to define adult content too considering what viewers get to see in fiction shows? Today's viewer only wants something controversial to discuss over a meal. Content providers are willing to go to any lengths to have the upper hand.
Posted by Indiblogs at 4:01 PM