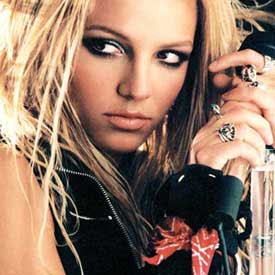 Pop star Britney Spears reportedly wants to apply for sole custody of her sons and take care of them full-time.

The 28-year-old singer, who has been under the conservatorship of her father Jamie Spears since her much-publicised breakdown in January 2008, has reportedly told ex-husband Kevin Federline she wants to get back custody of her sons, Sean Preston, 5, and four-year-old Jayden James, and have the boys live with her and current partner Jason Trawick, reports femalefirst.co.uk.

Federline still officially has sole custody of the boys, although the youngsters split their time between both parents.

"It's getting harder and harder for her to hand the boys back to Kevin after each visit. Britney dreams of marrying Jason and having the kids live with them - she'd even like to have more children too," said a source.

"She won't be happy until the boys are with her full-time. All she wants is to get her life back, without having to ask her dad's permission to do everything," the source added.

Federline, however, has told his ex-wife, who sees the boys every week, he wants to keep custody of their sons, who live with him and his girlfriend Victoria Prince in Los Angeles.

"Britney and Kevin's relationship is amicable - Kevin likes Jason and knows he's a stable influence on Britney. He's told her she can visit them every day but there's no way he's handing them over full time," said the source.

Under the terms of their current custody agreement, Spears pays Federline $15,000 a month to look after the kids and promised to continue giving him the sum even if he gives the children back, an offer the former dancer refused.

"At first, Britney thought it was because he was afraid of losing the money, so she offered him an out-of-court settlement, meaning he'd get the money regardless of who the boys live with. But he's told her he fears she's still too unstable and could go off the rails again," the source said.

The pop star's conservatorship order could come to an end within the next few months following a meeting she had with Los Angeles Superior Court Judge Reva Goetz in October to assess her general wellbeing in regards to making a decision on handing back control of her affairs.
Posted by Indiblogs at 5:10 PM