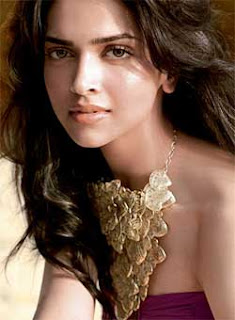 Actress Deepika Padukone says her comment on actors Ranbir Kapoor and Katrina Kaif on Karan Johar's chat show was said in good humour and that she was not targeting anyone. In fact, she would love to work with her ex-boyfriend again.

"It was tongue in cheek. Everyone knows how Karan's shows are," Deepika told IANS in an exclusive interview.

The actress clarifies that giving politically correct replies would have made the show boring.

"For us, Karan is not just an anchor, he is someone we know personally and professionally. I know him from even before 'Om Shanti Om' through Farah (Khan) and Shah Rukh (Khan).

"Secondly, everyone knows the kind of questions he asks. It's all in good humour. It's not targeted at anybody... there is no negativity towards anyone. People need to have a sense of humour. If I go and sit quietly and be politically correct, it would have been so boring," she said.

"It was a rapid fire round and whatever comes to your mind, you have to be spontaneous. If you got to be stupid and boring, there is no point. There was an iPad and a phone that I wanted, so better I play that round well," added the 24-year-old.

Deepika would appear on "Koffee With Karan" with Sonam Kapoor where both win the gift hamper jointly. The episode will be telecast Sunday.

"We both won actually. We both were so good that he didn't know who to give the hamper and he has given it to both of us," she said.

The leggy actress, who took time to resume normal life after a break-up with her ex- boyfriend Ranbir, has realised that everyone has an inbuilt strength to fight back any adverse situation.

"Everyone has strength to cope with any adverse situation like break-up, financial something. You have to identify that strength, nobody can help you. Yes, your family would be there, your friends would be there, but if you don't make up your mind that I am not allowing the situation to affect you, no one can help you come out of it. Only you can identify the strength and come out of it. It's very difficult... easier said than done... but it's possible. I am talking from experience," said Deepika.

Asked if she would like to work with Ranbir again, she said: "We are more than happy to work with each other. I think 'Bachna Ae Haseeno' didn't do justice to either of us, because there were two other girls. It was a big film. It was a big star cast, I mean. I would love to do a film with him
Posted by Indiblogs at 4:12 PM