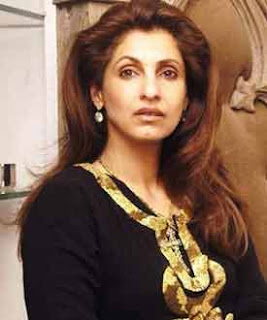 "I like Mammootty so much and if I am to do a full length Malayalam film again, I would like to act with him," Dimple told media at the preview show of her debut Malayalam movie "Bombay Mittai".

"In this film, I had five scenes, out of which two were cut out, but nevertheless I enjoyed my time here in Kerala. I was so tensed when I got the offer to act in this Malayalam film. I had to do a lot of homework," said Dimple.

"I would like to do a role that has something to do with mysticism or even a supernatural one," she added.

The actress is all praise for the content used in Malayalam movies.

"I simply love Malayalam films because they do great cinema and there is a whole lot of effort that goes into it. Of course, I do watch Malayalam films, but please don't ask me, which are the ones that I saw."
Posted by Indiblogs at 4:48 PM