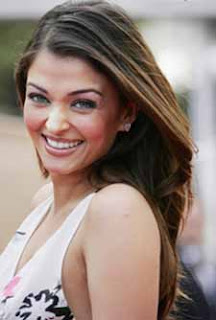 Bollywood star Aishwarya Rai, who was supposed to arrive here Tuesday to promote her upcoming film "Guzaarish", had to cancel her trip at the last minute due to fever.

The actress has been jetsetting for promoting the Sanjay Leela Bhansali film, in which she plays a nurse named Sofia.

"Aishwarya is not travelling to Delhi. She is down with fever. She has had a hectic week of promotions," her spokesperson told IANS.

The 37-year-old was travelling Nov 11-13 and went to Dubai and London for a day each. After reaching Mumbai Nov 13 afternoon, she packed her bags to promote the film in Kolkata the next day.

Before the promotions for "Guzaarish", she was also busy promoting her other big films "Action Replayy" and "Robot".

Her co-star Hrithik Roshan too has been under the weather, but he accompanied Bhansali for the press conference in the capital.

"Guzaarish", a story about a magician who becomes quadriplegic when one of his tricks goes wrong, will release Friday.
Posted by Indiblogs at 5:04 PM