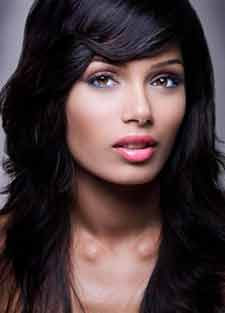 Mumbai-born actress Freida Pinto, who shot to fame after starring in the Oscar-winning "Slumdog Millionaire", says she doesn't have a permanent address and has been living out of three suitcases for the past two years.

"I'd like to say I live somewhere, but right now I'm all over the world with my three suitcases that I've been carrying with me for two years. I just keep changing the clothes in the bags," femalefirst.co.uk quoted her as saying.

"Literally, I have no fixed address. I call Bombay my home, but I moved to London last year when I was doing the Woody Allen film and I loved that as my second home. I love New York as well."

Despite her lack of a permanent home, the 26-year-old would hate to return to her life as a struggling actress and admits she was close to quitting the profession before she got her big break.

"You always dream of something magical happening, and when it happens to you, it's almost difficult to accept that it actually happened.

"Even though I was lucky, I had a lot of struggles before that. I said I was going to give up everything at age 25 and get into event management because nothing was going for me. I used to have a lot of nervous breakdowns."

She is dating her "Slumdog Millionaire" co-star Dev Patel.
Posted by Indiblogs at 4:05 PM