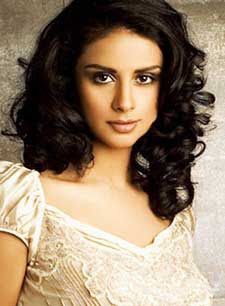 Former beauty queen-turned-actress Gul Panag is planning to mount an international film with Britain-based Italian origin director Ovidio Salazar in which she will also be acting.

"I am trying to mount a project with a friend of mine, Ovidio Salazar, whom I met at the film festival in Russia, where I was in the jury. It's an international project we are trying to put together," Gul, 31, told IANS.

She said, "The way films work internationally, there are no co-producers. There are people who mount the project, they are the executive producers and then the funding comes from elsewhere."

Ovidio is an Italian by origin who has lived in America and is now based in Britain. So Gul isn't sure whether to call it a Hollywood or a British film, which they take to the floors some time in 2012.

"It's too premature. It would be an international project. This is a film where I would be acting as well. He is an American director based in England. We are trying to mount it and hopefully take it on the floors at some point in 2012. It's an expensive project.

"We don't know whether it would be an American or a British film. It's an English film. Ovidio is of Italian origin. Italian, American and now British. And he converted to Islam 20 years back," said Gul.

Gul, who has carved a niche as an offbeat film actor through her films like "Dor" (2006) and "Manorama Six Feet Under" (2007), maintains that she plays a mixed blood Indian in Ovidio's film.

"It's his script. He has the script for a while and when he met me he said I am the person he wants for the film. He needs someone who looks Indian but has a degree of mixed blood somewhere. So the character is mixed blood Indian," said Gul.

Asked if she would ever write a script or direct a film, she said, "I don't see myself writing a script at all, not directing either."
Posted by Indiblogs at 3:24 PM