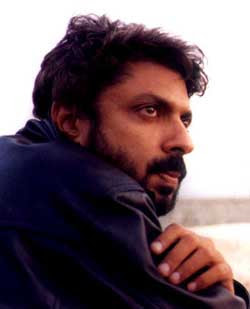 Filmmaker Sanjay Leela Bhansali, often accused of making overtly flamboyant and whimsical movies, says his films create the world he lives in and are about crossing the boundaries of mainstream cinema. "Guzaarish", his latest offering, is about the pain and isolation he faced after "Saawariya", he says.

He also believes that Aamir Khan cares about Bhansali's films and that's why he is so critical. "...he cares about my cinema. If he didn't, he wouldn't spend so much passion talking about it," Bhansali told IANS in an interview.

Q: Are you more exhausted after "Guzaarish" than you've ever been?

A: I didn't realize how tired I was until the film was over. Then my body just gave up. All my films are a process of self-annihilation for me. With every film of mine, a part of me gets left behind. With "Guzaarish", I've left more than just a portion of myself behind. In it, I've lived the pain of facing the isolation of failure after "Saawariya".

Q: Was that a tough time for you?

A: It was the toughest time of my life. Suddenly, everyone disappeared, and that included the people who had worked with me on "Saawariya" for two years. Because of the suffering, I began to get seriously interested in the subject of mercy killing. I began to read up as much as possible on the subject. My research showed that mercy killing was prohibited by law in many countries, including India. After almost a year of studying the super-sensitive subject, I concluded that every human being should have the right to die with dignity.

Q: Are your films supposed to be for social good?

A: No, no, I make them for selfish reasons. When I make a film about a physically challenged person, I come away with so much. I learn to value what I have. My survival instinct has sharpened after "Black" and "Guzaarish". I met quadriplegics who have lost the use of their limbs but not their spirit. They are not dark, defeated people. Some of them are very entertaining. Our specialist on the sets, Indu Tandon, introduced me to bright people paralysed in body but liberated in spirit. They can't feel anything in their body, and yet they are so buoyant. One of these kids, John Julius, became the hero of "Guzaarish". Hrithik plays this caustic, undefeated hero in a wheelchair. John and Hrithik became great friends. They started exchanging e-mails. Hrithik changed John's life completely. If my cinema can change one life, I've achieved what I had to achieve.

A: Yes, I keep hearing that the girl was traumatised. But Behroze Vaccha, who has spent all her life working with deaf and blind, thought otherwise. So whom should I believe? I don't worry about what others have to say. My proudest moment was when the principal of the Helen Keller Institute told me after "Black" that what she couldn't achieve in 60 years, I did with that one film. I rest my case.

Q: Aamir had a lot of problems with your "Devdas" and "Black".

A: He did. But that's because he cares about my cinema. If he didn't, he wouldn't spend so much passion talking about it. He may not agree with what I do in my films, but finally, I make what I have to make. I appreciate it when an actor of his calibre brings out a certain perspective on my cinema.

As long as the intentions are not to run my cinema down, I am open to all criticism. Aamir's concern is genuine. He has problems with my cinema, just as I may have problems with a lot of his performances.

Q: "Guzaarish" has a lot of references to magic and magicians.

A: I feel life has a lot of magic in it. A smile, a film, a performance or a song by Lataji...they are all magic. Magic should not just be illusory. In my film, a magician transforms into a man who can bring smiles to people's faces. That, to me, is magic. Life is magic. Mother Teresa and Lata Mangeshkar are magicians.

Q: Why are your films so often set in the Anglo-Indian community?

A: That's the influence of my school and teachers. The passion with which they taught, the homes in which they lived and where I was invited to on rare occasions...I was enamoured of their lives, their eating habits, their red wine in crystal glasses. It was so different from the Gujarati life that I led in my chawl in Bhuleshwar. It provided me an alternate reality.

Q: Did Hrithik actually learn magic tricks and put on weight for his role?

A: I don't believe in method acting. I don't instruct my actors too closely. I just tell them what I want. I wanted Hrithik to know his character's state of mind. If he played a magician, he knew he had to learn magic tricks. A person who is in bed for 14 years had to be flabby. I am glad Hrithik has reached a stage in his career where he's ready to surrender to a role and not be concerned only with looking good.

Q: You've also composed the songs in "Guzaarish". How different is it from getting the music from other composers?

A: You can never get the exact music you want from others. Since you know your characters, you know exactly what kind of emotion they would feel. The songs came from deep within me. The music in "Guzaarish" is my own and very important. My reward was when Amitabh Bachchan said he loved it. It meant so much to me. I never thought the music would have such a strong appeal for the young. The fact that my songs have connected with the young makes me want to go deeper into music.

Q: People are commenting on the self-contained no-man's land in which your cinema unfolds.

A: My films are my world. It's my own world that I show in my cinema. It's a world different from the real world and different from the word you see in other people's films. My "Devdas" was not set in 1939; it was timeless. This doesn't mean I'd show Devdas talking on a cellphone. I want that moment that bonds two lovers to be relevant even a hundred years from now. For me, the joy of crossing the boundaries of mainstream cinema is what making films is about. I've great faith in the audience.

Q: Is it tough to have so many expectations riding on you?

A: No, it's a privilege and a joy. I always want to make films from my heart.
Posted by Indiblogs at 3:35 PM