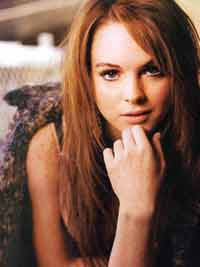 Troubled actress Lindsay Lohan has been reunited with her father Michael Lohan in rehab, seven months after she had cut him out of her life.

"It was an emotional reunion - there were hugs, kisses and even a few tears when Michael and Lindsay first saw each other," thesun.co.uk quoted a source as saying.

The 24-year-old actress, who had refused to speak to her father for telling false stories about her, finally asked him to visit.

"I have pledged not to comment about anything relating to my daughter. However, I will say I am an incredibly proud father tonight," Michael Lohan said.

Lindsay's mother feels the rehab facility has been a life-changing experience for her.
Posted by Indiblogs at 4:00 PM