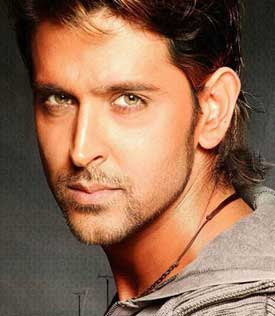 The actor was admitted to the Kokilaben Hospital late afternoon and is currently under observation.

"Hrithik was hospitalized for an allergic reaction to an antibiotic that he had. He is under observation and was to be discharged tonight. He is much better now and recuperating," said Hrithik's spokesperson.

The actor was busy with the promotions of his recently released film "Guzaarish" and that's when he had the medicine and fell ill, the spokesperson said.

"Doctors confirmed that I experienced allergic reaction to an antibiotic. My lungs just closed. Throat went into spasm, could not breathe," said the 36-year-old actor in a statement released by his spokesperson.

"Lips became 10 times their size. I was rushed to the hospital on time. I am under observation and will be discharged late night. But all good. It's always good.

It was earlier reported that Hrithik refrained from attending his Kolkata promotions, scheduled for earlier this week, for "Guzaarish" because he was suspecting suffering from malaria. However that was not confirmed.
Posted by Indiblogs at 3:12 PM