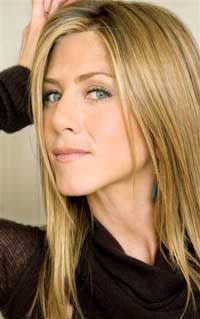 Actress Jennifer Aniston wishes to star alongside Robert Pattinson in the remake of "The Graduate".

The former "Friends" star is reportedly asking her agents to set up a meeting with the "Twilight" star.

"Jen's a huge fan of 'The Graduate'. It's one of her favourite films and she would love to do a new version of it," dailystar.co.uk quoted a source as saying.

The original 1967 film starred actor Dustin Hoffman as a college graduate who is seduced by an older woman, played by Anne Bancroft.

"Jen thinks she and Rob would be the perfect duo to recreate the highly sexual roles," said an insider.

"This film would allow Jen to do something raunchy and sophisticated after all the romantic comedies she's done and would give Rob the chance to move on to more grown-up roles after 'Twilight'," the insider said.

"Jen is very excited at the prospect of teaming up with Rob. She loves his brooding good looks and just adores his English accent. She thinks there is no one more perfect to cast opposite her," the insider added.
Posted by Indiblogs at 4:47 PM